Empowering Voters of Color in Virginia 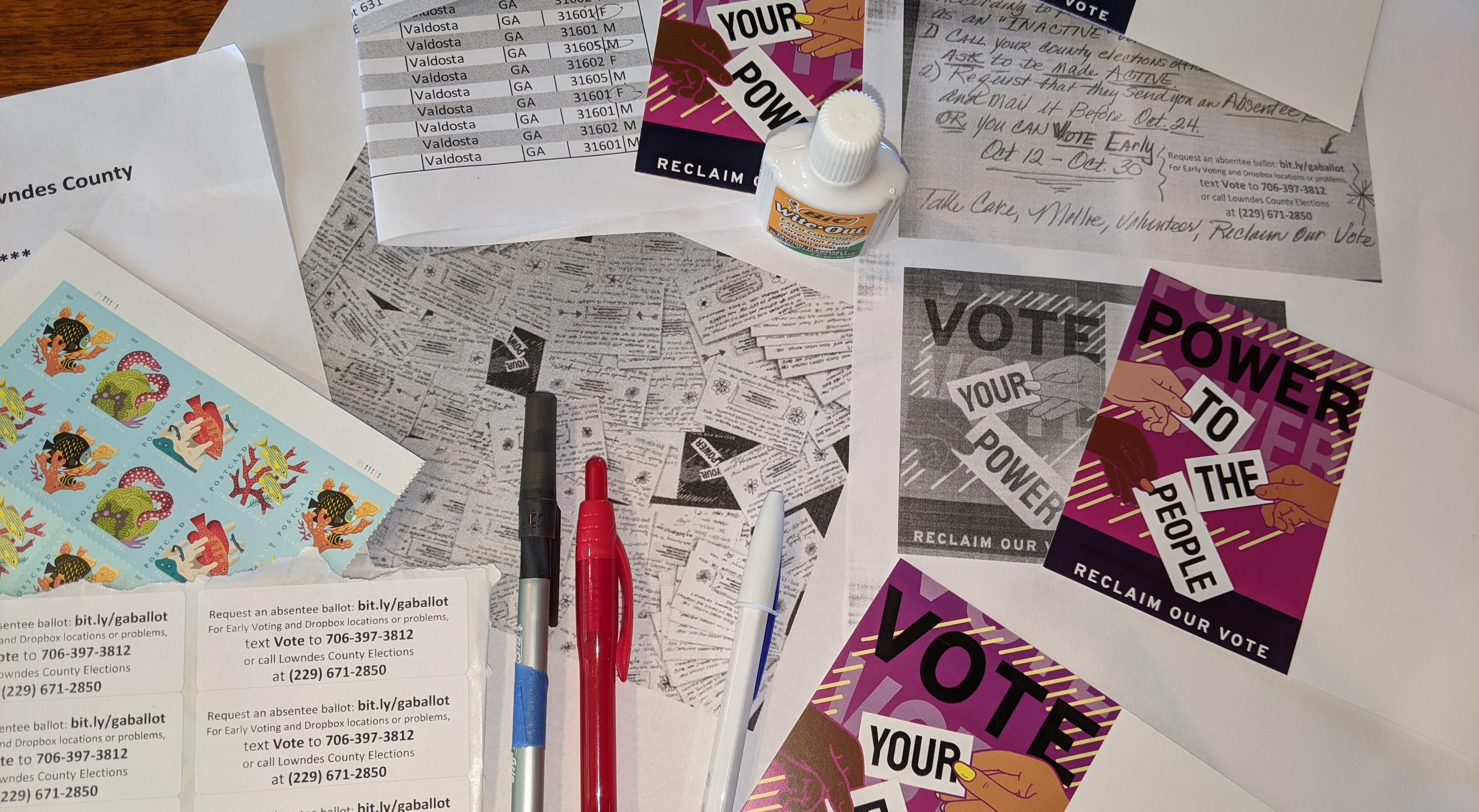 Join us to phone Virginia community of color voters to Get Out The Vote for the June 8 primary! More at Phone Bank Central

Virginia has historically held “off-off-year” elections for state-wide and local offices. In 2021, elections
will be held for Governor, Lt. Governor, Attorney General, the House of Delegates (100 for a two-year
term) and many other local offices. The practice of holding these off-off-year elections dates back to the Commonwealth’s 1851 constitution and has the practical effect of lowering voter turn-out significantly.
‍
In recent years, the turnout has been at least 30 percent lower than in the prior year Presidential
election. Reclaim our Vote has several activities in Virginia focused on increasing the turnout of voters of color in Virginia to ensure that all voices are heard in these important elections. In spite of record turnout in the Presidential Election, there are still a significant number of registered voters of color who do not vote.

Our efforts in Virginia in advance of both the June 8th Primary Election and the November 2nd General Election include the following:

March through mid-April – We distributed 440,000 addresses for our postcard writing campaign to the
voters of color who were removed from the voting rolls across the state. Virginia performs voter list
maintenance of a regular basis. The objective is to remove voters who are deceased, have
moved out-of-state or are ineligible to vote (i.e. non-citizens). Voters who have missed two
general elections are assumed to fall into one of the above categories. There are failures at
every part of the process that could render a registered voter as unregistered.

April through May – Our outreach campaign to over 1.3 million registered Virginia
voters of color includes phone banks and text banks to encourage them to vote early
starting on April 23rd for the upcoming Primary Election.
‍
August through October – Join us again for postcard writing, phone banks and text banks in
advance of the November 2nd General Elections to ensure that the historic record turnouts of
Virginia voters of color continues in these important state and local Elections!

Interested? Contact our VA Regional Organizer at ROV.DCMV@gmail.com to explore how we can
partner together to empower voters of color across Virginia.